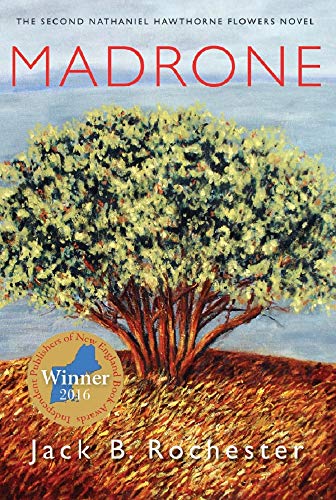 The year is 1969. After an interminable four years under the boot of the US military, twenty-four-year-old Nathaniel Hawthorne Flowers is ready for his real life to begin. His plans are straightforward: spend as much time as he can with his girlfriend, Jane, finish college, and become a writer.

But when Nate is denied admission to UC Santa Cruz, he decides that a bachelor’s degree isn’t necessary for the path he’s laid out for himself. He can learn about literature on his own, and he’ll have more time to write if he isn’t in school. His choice doesn’t sit well with everybody. Jane’s father asks Nate how he’ll support Jane without a degree. Jane’s mentor offers to pull some strings at SC if Nate agrees to become his student. And when a once-in-a-lifetime opportunity presents itself, even Nate is tempted by the allure of conventionally defined success.

Picking up where Wild Blue Yonder left off, Madrone inspires us to consider how far we’ll go to remain true to ourselves.