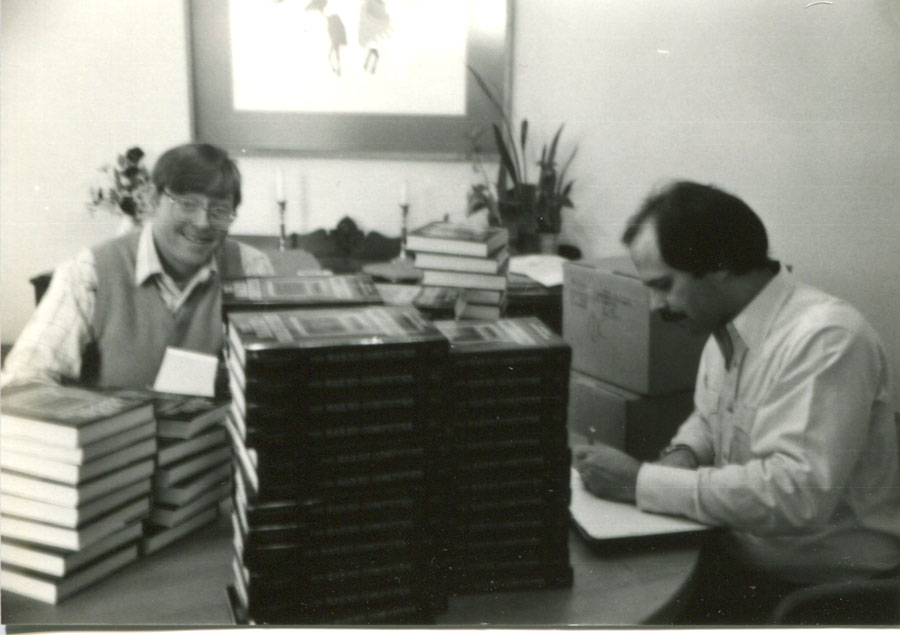 Boston’s Museum of Science was a great place for a book publication party. It was spring, 1983, and John Gantz and I were there to celebrate our first book, The Naked Computer: A Layperson’s Almanac of Computer Lore, Wizardry, Personalities, Memorabilia, World Records, Mindblowers, and Tomfoolery. At the time, most books about computers were arid and technical; ours was out to have some fun. In fact, The New York Times review characterized it as like eating jellybeans.

It was a great party: music, some dancing, a lot of eating hors d’oeuvres, and drinking champagne, with technology displays arrayed around the room. Likely the second- most popular was running an MIT program called ELIZA, a computerized psychotherapist. The first was the table where John and I autographed copies of our book, as shown in the photo.

The Naked Computer was a coast-to-coast success. John and I did radio, TV, and were reviewed and interviewed in newspapers. I recall going to The New England Mobile Book Fair in Needham and seeing a pallet stacked over three feet high in copies.

Twenty years later, in 2004, John and I published our swan-song book, Pirates of the Digital Millennium, which may have been even more popular than The Naked Computer. In its pages, he and I debated the raging battle between those who illegally downloaded music and movies from the internet, and the advocates for intellectual property rights. It was translated twice for Asian markets and sold like crazy. How could it not with a chapter entitled “Eliot Ness vs. the Keystone Kops”?

Both books can still be found on Amazon or eBay. 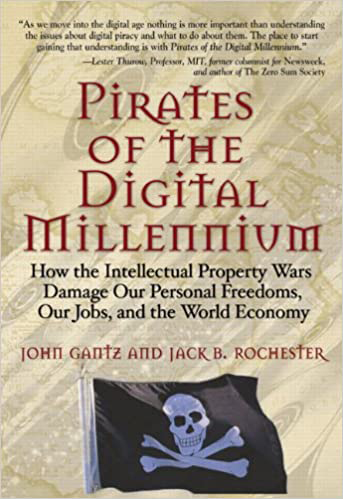 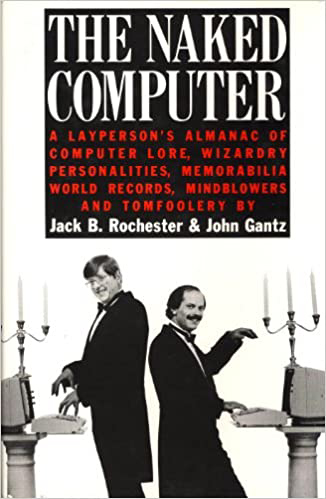