A Day in Covid Life

It’s not about why. It’s not even about how.

He didn’t want to catch COVID, quite simply because he didn’t like to get sick. He was a hard worker and illness interrupted his productivity. Not the kind of guy who enjoyed lying in bed binging on Netflix. So he was careful and respected the CDC guidelines. Why not? It was so simple. Wear a mask, wash hands with soap for at least twenty seconds, use a Lysol wipe to clean groceries and other stuff brought home from stores. Bump fists or elbows with other people and keep your distance. Easy peasy. 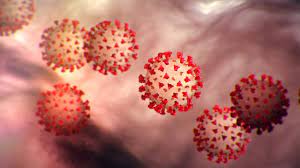 Like most of America, maybe like most of the world these days, he was now working from home. His productivity was through the roof. He enjoyed it. He liked not having to commute and he liked saving a ton of money in gas and auto expenses. He certainly preferred his own brewed coffee a lot more than that crappy cartridge coffee at the office.

But he did miss seeing his workmates. So sometimes they would do a Zoom call, just for a touch of humanity. Really, he thought, seeing people and talking together was more engaging than texting. How could it not be? All the senses were involved, even on the screen, not just the blind fingertips tapping keys. Still, a quick “how’re ya doin’?” message, sent or received, was nice so long as they didn’t include one of those stupid pulsating animated gifs.

He was eating better because he wasn’t downing cafeteria junk food, and found he’d lost a little weight. That felt good, and he decided to use his 20-minute breaks away from the computer to do some stretching or pushups or weightlifting. That felt really good, so he bought a rowing machine and it got even better.

So with all this positive change in his life, why, how, did he contract COVID? Of course that’s the great unknown about this dangerous, unpredictable virus in all its variants. He had always, rather ironically, stopped conversations by saying, “Why ask why?” He felt similarly about getting COVID. He was pretty sure he couldn’t be sure how he’d contracted it, and besides it didn’t matter. He had it and that was that. Now it was only about how bad and for how long. So he focused all his energies on the how: How to minimize its impact and get over it as soon as possible. He felt his will power could be a big factor in getting better.

Maybe it did. Maybe it didn’t. But braving the virus with a PMA – a positive mental attitude – sure went a long way to making him feel better and handle the symptoms.

Soon, it passed. Sooner than he expected. The morning he felt restored, he went outside into the warm sunshiny air. With his oxygen level at 98, he breathed deeply. He walked to the coffee shop. People were passing in and out, no one wearing a mask. He paused, looked through the glass doors at the customers bunched up at the counter, completely disregarding the 6-foot markers on the floot. It was as if there were no COVID, no Omicron. He turned around and walked back home. His coffee was better anyway.

“A Perfect Crime” by A Yi

“A Perfect Crime” by A Yi

A Merry Christmas Gift for You

On Literary Criticism and the Cult of Author Worship