The Saturday Review: A “Pas de Deux” of Livres on French Living

Beginning tonight and every Saturday night, I review a book I’ve read. I also review on Amazon and Goodreads, because I believe in the words of Richard Hell: “I worship books. They are the purest, most complete, most effective means for delivering knowledge and feeling.”

Mark Greenside has written two entertaining and informative books on what it’s like to live in France as an American. This is not Peter Mayle, but a more unvarnished, ribald perspective. I encourage you to read them both, in order. Because my reviews are rather long, I’ve only provided the first paragraph and the link to the full review on Goodreads.

I’ll Never Be French (No Matter What I Do): Living in a Small Village in Brittany 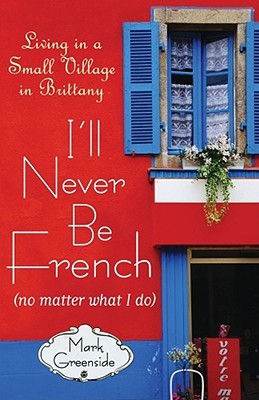 To paraphrase F. Scott Fitzgerald’s wry comment about the rich being different from the rest of us, the experiences and adventures of humans in middle age differ from those of our youthful days. For one thing, we know ourselves better and are more resilient to change, perhaps more forgiving. For another, we don’t take it all so seriously. That wisdom is the great gift Mark Greenside shares with us in this delightful book. Whether or not we’ve had the same experiences as he, we can follow along without holding our finger underneath the words. There are moments of humor, wisdom, insight, naivete, joy, and yes, DUH! – it’s all here, cast in the French countryside, brimming with life and beckoning us to give it a try, not to remain stuck in our usually boring, often dreary, day-to-day “la vie sans passion.” Give it another go, Mark signals us in sharing his own adventure. I haven’t regretted it, and neither will you, he advises. The book works as perfectly as an armchair travel narrative as it does a do-it-yourself guide.

Buy yours on Amazon

(not Quite) Mastering the Art of French Living

Every year upon arriving in Plobien, the small Breton town where he spends his summers, American 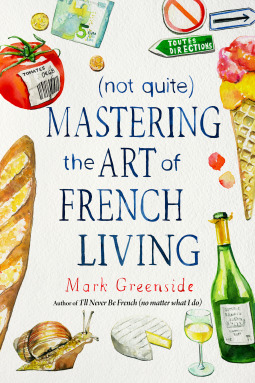 writer Mark Greenside picks back up where he left off with his faux-pas-filled Francophile life. Mellowed and humbled, but not daunted (OK, slightly daunted), he faces imminent concerns: What does he cook for a French person? Who has the right-of-way when entering or exiting a roundabout? Where does he pay for a parking ticket? And most dauntingly of all, when can he touch the tomatoes? Despite the two decades that have passed since Greenside’s snap decision to buy a house in Brittany and begin a bi-continental life, the quirks of French living still manage to confound him. Continuing the journey begun in his 2009 memoir about beginning life in France, (Not Quite) Mastering the Art of French Living details Greenside’s daily adventures in his adopted French home, where the simplest tasks are never straightforward but always end in a great story. Through some hits and lots of misses, he learns the rules of engagement, how he gets what he needs–which is not necessarily what he thinks he wants–and how to be grateful and thankful when (especially when) he fails, which is more often than he can believe.

Buy yours on Amazon

See you next Saturday night!

The Last Bookshop in London